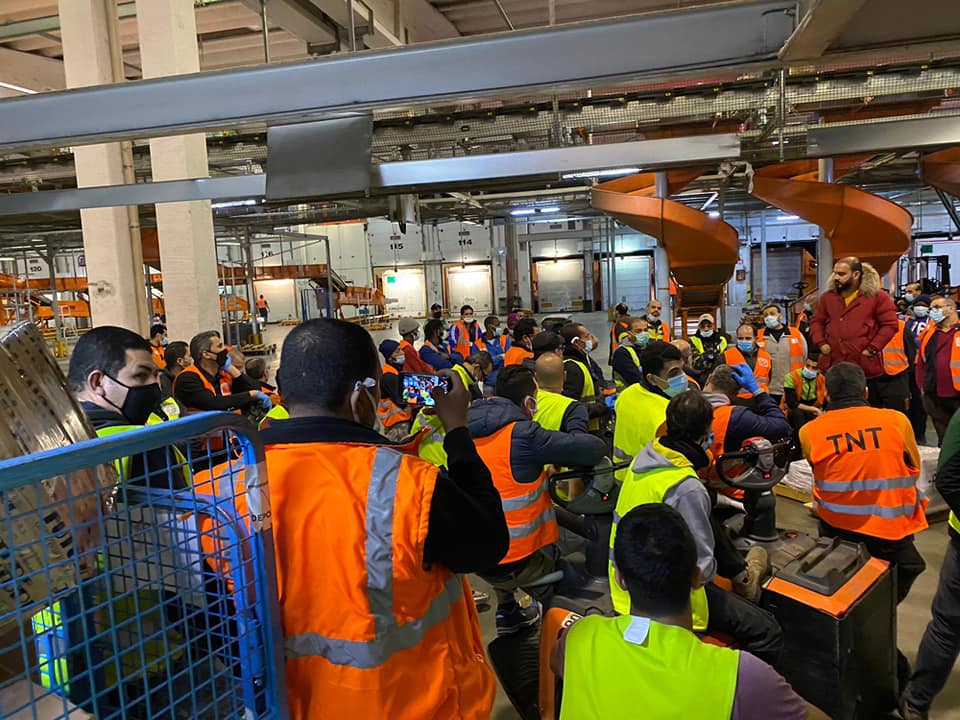 Never as on this 1st of May, marked by the explosion of a global health and economic crisis, it is vital that workers from all over the world unite in the fight against a social system that is able to move forward only by creating disasters – even when these disasters had long been predicted, such as the current (and similar) epidemics.

Although they try in every way to hide it, in fact, the pandemic that is spreading all over the world has all and only capitalist origins. And no matter how hard you try to shore it up, it is clear that the capitalist system has once again fallen into a trap created by itself.

The evidence of criminal improvidence and carelessness given by the Conte government, former governments as well as the governors of Italian regions in being caught by surprise by the epidemic without any intervention plan, is anything but accidental. It is the result of the blind primacy of profit over the lives of workers and the non-exploiting population. It is the result of long decades of spending cuts in social and health care policies – while military and police expenses have increased, and gifts of all kinds have been given to big corporations as well as tax cuts to small businesses.

This same logic has driven the government and region governors in the attempt to stem the epidemic, while leaving a lot of non-essential activities open – thus contributing to the outbreak. And showing in this way all their cynicism and their subordination to the claims of Confindustria’s bosses and the greedy bunch of small-medium entrepreneurs.

Things have gone pretty much the same the rest of Europe and the West. And now that the health crisis has triggered a deep economic crisis, the recipe of each and every government and financial institution is “let’s exponentially increase public debts to support banks and corporations”. The weight of this gigantic debt should be put on working class shoulders, to force workers into an existence based on staying at home and being hyper-productive at work, whit a social life dominated by state-police and without class struggle.

Against such neo-slavery, which comes from the same global and national powers that plunged us into this disaster, resistance is growing across the world. The working class cannot and must not pay the terrible cost of this capitalist catastrophe! Among the first to say it have been the workers of the “mythical” Amazon in the United States, the emblem of latest generation capitalist slavery, who proclaimed a national strike for May 1st, the health workers of that country, the workers of the Italian logistics organized with SI Cobas, for years at the forefront of the entire Italian proletariat.

Also from the countries of the South of the world, from Chile to Lebanon to Indonesia, there is a cry of resistance and revolt that comes from our class brothers and sisters suffering the a double oppression plunging them into misery – for there lock-down often means unemployment with no subsidies and hunger for the masses -, while other peoples from the South of the world suffer because of endless wars and sanctions that always have their source and their beneficiaries in rich countries.

The cry of struggle “we are not, we do not want to be slaughter meat” invites us to break the blackmail of the “social quarantine” and fight. To cope with the health and economic emergency produced by the capitalist class, it is necessary to impose an extraordinary tax on the immense wealth that has been accumulated by the exploiting classes, beginning to expropriate the expropriators. To protect our health and our lives, equally extraordinary measures are needed. To protect ourselves from unemployment and poverty we need to fight against layoffs, for guaranteed wages for all temporary workers and the unemployed, for a drastic, generalised and unconditional reduction in working hours.

Within this self-defence process, there is a need for a counterattack, for a global struggle against a system that is producing increasing caos and death! A social system that has reached his historical terminus because it is forced to use its technical advances more and more for social control, mass oppression and war. War on nature and labour, an infinite chain of neo-colonial and inter-capitalist wars for the partition of the world, war on emigrants-immigrants, a new round of policies and violence against women.

Proletarians and proletarians from all over the world, let’s unite! The time of a great common battle is approaching to pave the way for a future of social liberation and reconciliation with the forces of nature!