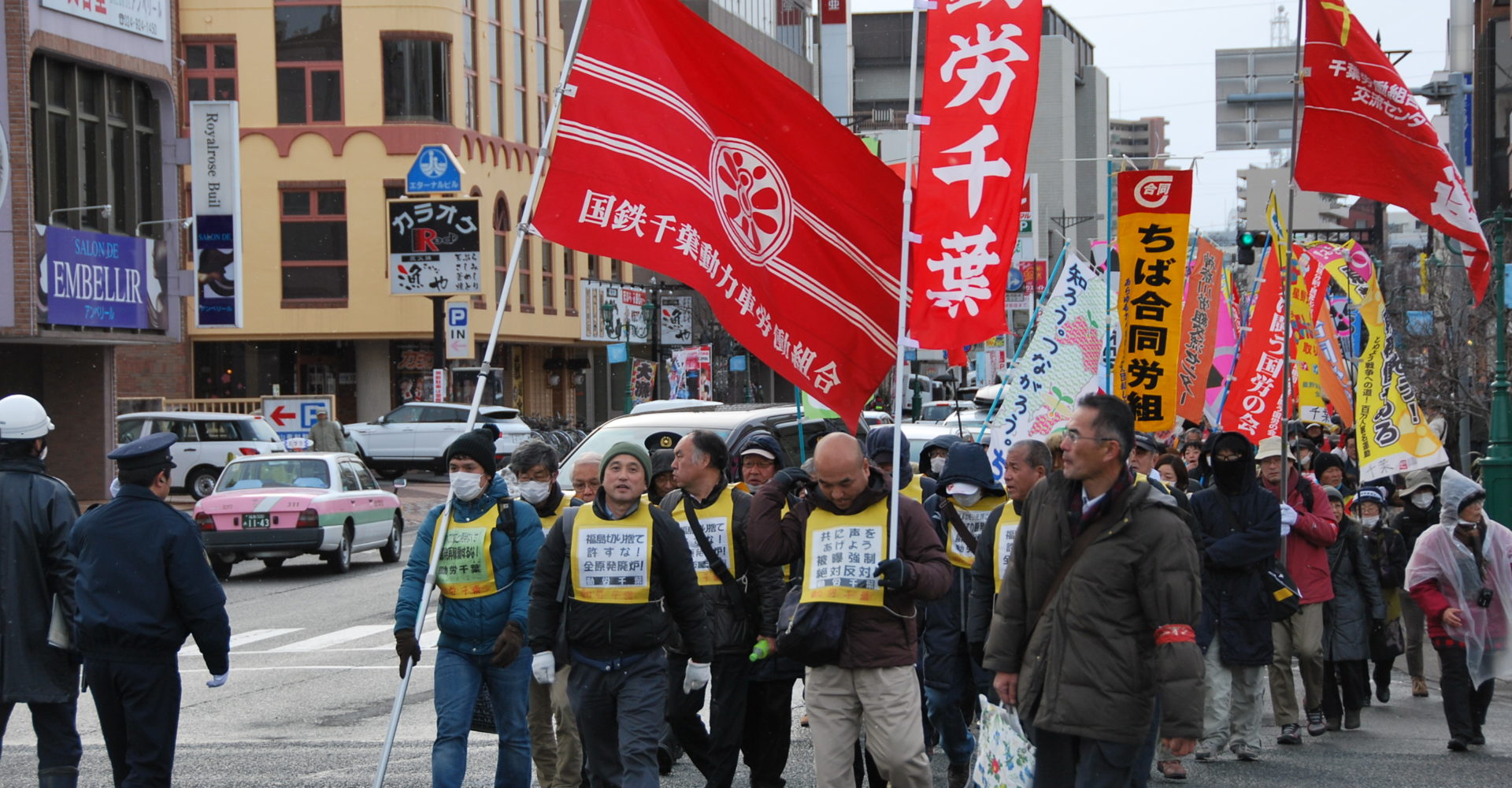 Stop Starting Another Nuclear War!
No Revision of Constitution!
Raise Our Voice Much Loudly for Nuke Abolition!

Hiroshima marks the 75th anniversary of atomic bombing this year. Every year on August 6, we are holding an August 6 Hiroshima Grand Action to commemorate the atomic bomb victims, and also to appeal for nuke abolition.

The U.S. Trump administration’s nuclear war policy becomes a great threat to humanity. The Abe administration is planning to introduce an emergency powers clause for the Constitution taking advantage of coronavirus crisis. We will hold a big protest rally at the epicenter of atomic bomb in Hiroshima and march throughout the city to resist such movements.

The U.S. dropped A-bomb in Hiroshima 75 years ago, which killed a tremendous number of people at once and 140,000 people have died until December of the same year. Even now, lots of A-bomb victims are suffering health problems due to radioactivity. “Give back human beings!” “Bring back all dead!”—the furious anger of victims continues and the struggle to pursuit the state responsibility, seek nuke abolition and peace is still ongoing. It is not at all an issue of the past.

Last January, the Doomsday Clock was reset to just 100 seconds before midnight— the closest to nuclear war for the first time in the postwar period. Trump has been pushing forward the operational deployment of “usable nuclear weapons” since he took office: Nuclear Operations in June 2019 assuming the military operation after nucleardetonation, U.S. Withdrawal from the INF Treaty in August 2019, the deployment of low-yield nuclear warhead on a U.S. Navy nuclear ballistic missile submarine, etc. The state of world depression triggered by COVID-19 pandemic
is accelerating this crisis.

On the other hand, Abe continues to refuse firmly the Treaty on the Prohibition of Nuclear Weapons, pushes to hold Tokyo Olympics overwhelming the voice of Fukushima people and supports the restart of nuclear power plants. He
targets to arm Japan with nuclear weapons. Moreover, Abe dispatched the Self-Defense Forces to Middle East last February. By taking advantage of the coronavirus pandemic, Abe eyes the reinstatement of “emergency prerogative”
which was once existed under the Meiji Constitution abolished after WWII. He is rushing headlong on the path to war by all means.

Since 2018, the City of Hiroshima has been decrying our annual protest as “disturbance of the calm of the Peace Memorial Ceremony” and planned to introduce an ordinance to ban use of loudspeakers near the venue. This is a
criminalization of protests against the Abe administration by many groups and individuals.

In these circumstances, residents in Hiroshima including atomic bomb survivors, lawyers and many others have protested against the proposed ordinance which would “infringe on freedom of speech and pave the way to war.”
Together we won; we prevented the legislation this year.

However, Mayor Kazumi Matsui said, “We will perform the ceremony this year focusing just on just for the commemoration and prayer for atomic bomb victims”. (The press conference on April 9).

In the year 1950, in the midst of Korean War, “prayer” was thrust upon the people in Hiroshima; the voices against the Korean War was suppressed, and the very Peace Memorial Ceremony was forced to cancel.

Our predecessors at the times performed the Anti-war assembly on Aug. 6, beating back the oppression.

If we stay silent now, atrocities in the history would be repeated.
To hold the ceremony on Aug 6 only for the “prayer” or not. It is the critical issue on the 75 th anniversary.
We think we need anti-nuclear power, anti-war activities, not only the commemoration.

Organize endorsers and participants as many as possible

People all over the world! Let’s raise the voices now, remembering the atomic bomb survivors’ sufferings, anger and struggles since August 8, 1945!

We ask you many endorsements of and participation in August 6 Hiroshima Grand Action.