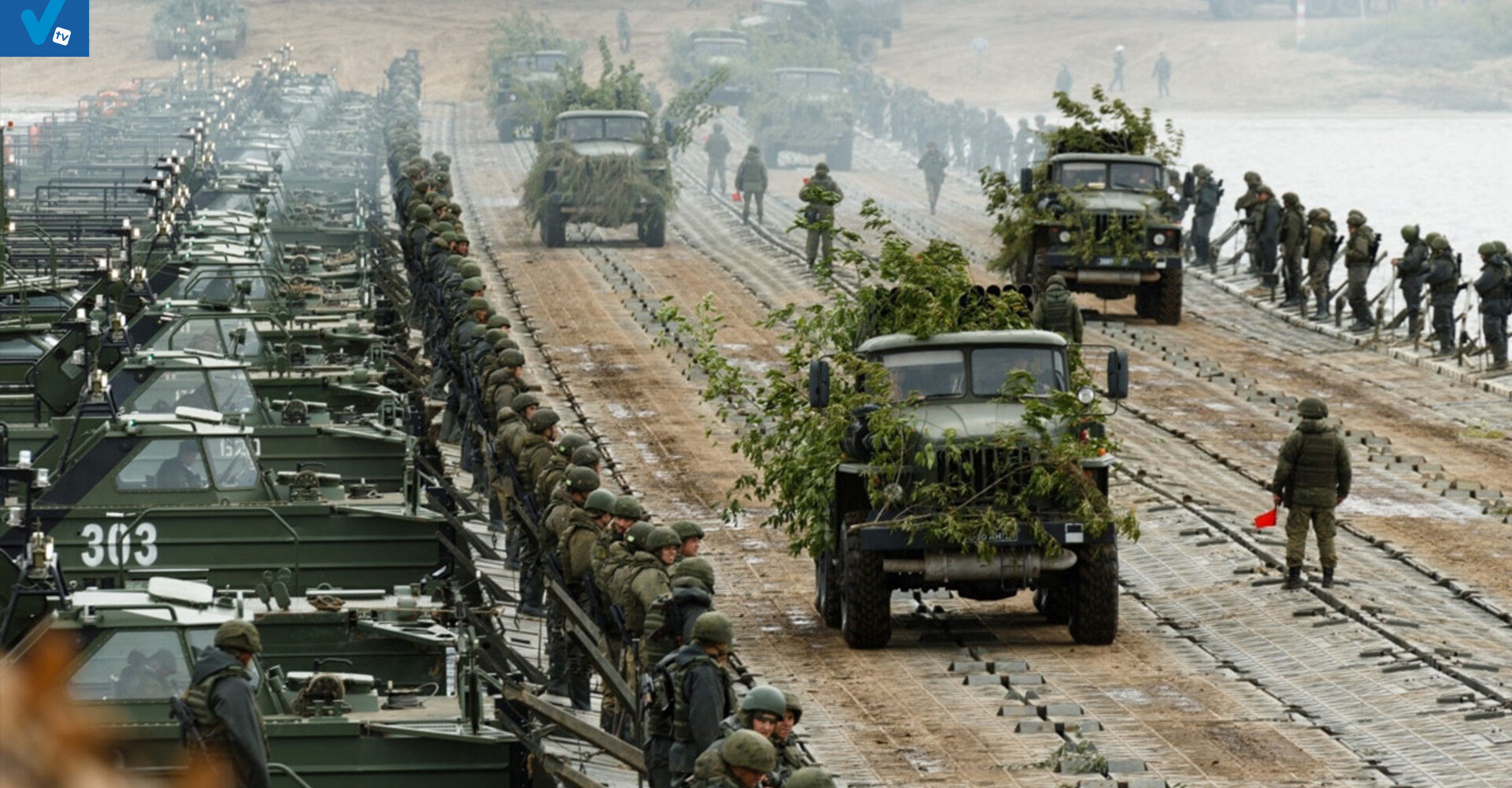 UKRAINE: NO TO THE PROPAGANDA WAR, SENDING OF WEAPONS AND USA-NATO-EUROPEAN UNION SANCTIONS AGAINST RUSSIA!

Withdrawal of Italian troops and weapons from every country!

For a workers’ front against the imperialist ranks!

Hundreds of thousands of men in arms massed in trenches and bunkers along the icy Ukrainian borders with Russia and Belarus, military exercises with hundreds of tanks, arms supplies from the USA, Britain, soldiers sent from France and Eastern European countries to Romania and Bulgaria, Russian semi-ultimatums and threats of “proportionate” mega-sanctions, recall of diplomats’ families to Kiev, European knife-brothers trailing the US-NATO in diplomatic meetings with the Russians over the heads of the Ukrainian bourgeoisie itself – all of this, of course, to “safeguard peace” …

Is this an effective war in the Ukrainian theatre, or is it its theatrical representation? Chancelleries’ eyes are fixed on Vladimir Putin’s inscrutable ones. Even the Stock Exchanges do not know whether to go down or up, and paradoxically the Kiev Stock Exchange, which is about to be bought by Hong Kong Chinese, is more sober than the European ones and Wall Street.

Whatever Putin’s plans, fresh from the trophy for the brutal repression of the Kazakh workers, and those of the other players, we know where to stand: against war, against imperialism at our home first of all, and against all imperialist camps (it is simplistic to see only two), for class unity and internationalist solidarity among workers, Russian, Ukrainian, Italian and European, American and worldwide.

Is it the territory of the Donbass that is at stake? Is it the government of Ukraine and its geopolitical orientation, its entry or not into NATO? Is it the increasing deployment of NATO forces on the borders of Russia and Belarus? Or is it the division of the European front, and the position of Germany, divided internally between Atlantic ‘loyalty’ and growing economic and financial ties with China and Russia? Or is it, as others in the West are calling for, temporarily strengthening US/NATO positions and then giving Ukraine as a pawn to Russia to detach it from the Chinese embrace and concentrate forces against Beijing?

The game is very complex, played out by the different imperialisms on the world chessboard, each one pursuing its own goals, and it also involves internal divisions within the camps (the USA demanding that Germany gives up the gas of Nord Stream 2, Germany opposing the exclusion of Russia from the international financial circuit SWIFT and opposing sending arms to Kiev; Germany and France have vetoed the entry of Ukraine and Georgia into NATO), and within the countries themselves (in Germany, for example, the chief admiral of the German navy has been torpedoed for reaching out to Putin, but also in the US the anti-Chinese hawks are opposed to those of the old Cold War).

On both sides of the front, diplomatic moves are supported by military ones, and vice-versa, and nothing can guarantee that sooner or later weapons will not be called upon to replace diplomatic intrigues and frustrate economic sanctions by creating new factual situations. The final outcome will probably be what no single player intended, it will reflect the rapidly changing balance of power, it may lead to changes in the imperialist alignments themselves. Every prediction made today is bound to be proved wrong.

Only two things are certain:

We will have the opportunity to analyse in greater depth the interests and contradictions of the various imperialisms on the field, in the Ukrainian question and in all the other burning questions of international politics.

What we want to emphasise right now is that the working class in all countries has no place in the ranks, interests and policies of the big powers and even of the minor bourgeoisies, which are the international projection of the policies of exploitation and oppression of workers in the various countries. Already the economic weapons used with the manoeuvres on the gas pipelines are weighing on the living conditions of the workers in Europe with the soaring prices of gas and electricity. While the imperialist brigands are fighting each other to divide up the spoils of the exploitation of labour and natural resources on a global scale, the workers have a common interest in uniting to oppose these policies of exploitation at home and military confrontation abroad. It is necessary to work for the formation of the international proletarian, anti-capitalist and anti-imperialist ‘front’. Starting from the brotherhood between Russian and Ukrainian, German, Italian, American workers: against all imperialisms, starting from the opposition to the one at home.

While Italian imperialism aspires to be recognised as a faithful ally of the USA, it also has important economic ties with Russia and has business groups and political cliques (which have migrated from the PCI to the Lega&C) opposed to further sanctions. On 26 January, some of Italy’s largest industrial and financial groups (including ENEL, Pirelli, Barilla, Banca Intesa, Unicredit and Generali) met with their Russian counterparts, under Putin’s auspices. The usual two-fold game to try to grab as much profit as possible without risking too much; a two-fold game that is on both sides anti-working class. In any case, however contradictory, the policy of the Italian bourgeoisie aims to defend its interests of exploitation also with the strength of a military apparatus that, although inferior to that of the main powers, can count on tanks deployed in Latvia, naval ships stationed in the Black Sea, fighter planes based in Romania and the same aircraft carrier Cavour, with F-35 fighters, operating in the Black Sea for NATO military exercises.

Italian workers cannot continue to remain indifferent to these events, because they will determine their future. They must not allow themselves to be conscripted into the NATO party or the European rearmament party, or even the Russian party. Our struggle does not take place on their geopolitical chessboard, but on that of the social classes and proletarian internationalism. We are fighting for the formation of a class front that opposes the Italian rearmament that is already underway, that fights for the withdrawal of all Italian troops and weapons abroad, including from NATO countries, and that reaches out to those groups of workers and youth who, in Europe as in Ukraine and Russia, in America as in China and on all continents, are fighting for a world without exploitation and war.