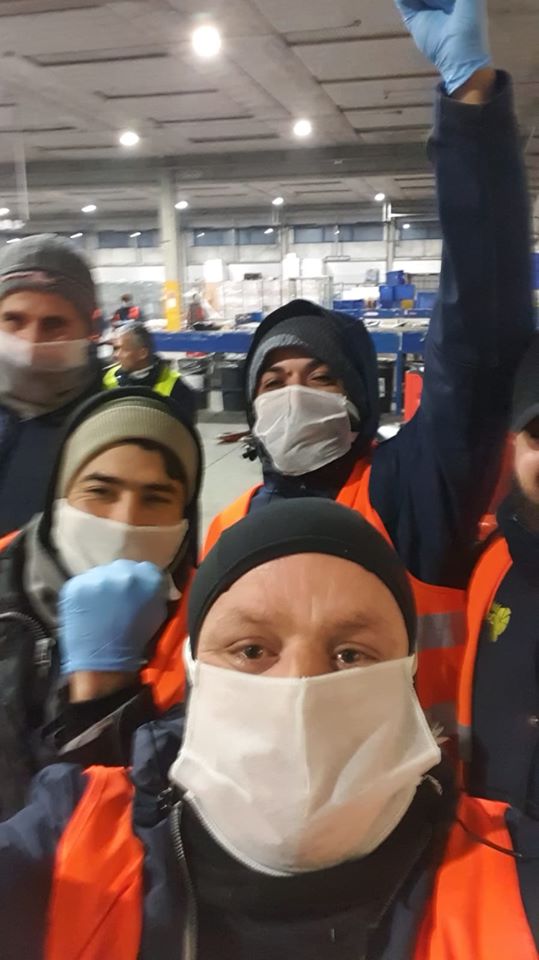 For a May Day Initiative under Coronovirus

In this sombre 2020 springtime May Day, the International Labour Day with traditional marches of militant workers in all countries of the world, is taking on a downbeat mood in most countries, with the prohibition of all gatherings, motivated with the need to fight the spread of the Coronavirus pandemic.

In Italy deaths are already approaching twenty thousands, and we are mourning an increasing number of fellow workers, mostly in workplaces which have been allowed to stay open throughout the pandemic disrespecting safety measures.

The bosses with their associations are pushing to open all business, and the government, while formally allowing only essential business activities, has left wide loopholes for tens of thousands companies to open by lobbying local authorities.

It is estimated that during these three weeks of “total” lockdown about 12 million workers, half of the employed people, have kept going to work every day.

The only total lockdown is for people who would like to go out and breath fresh spring air.

This is why the numbers of new infections and deaths remains high.

The struggle is profits vs. lives.

SI Cobas, as many other unions worldwide, has been campaigning and organising workers to shut down all nonessential businesses, with full pay to workers, including informal and temporary workers, for the time needed to defeat the spread of the virus and to implement truly safe working conditions and full personal protection for essential workers.

By abstaining from work for days and weeks where necessary in several dozen logistic warehouses,

SI Cobas has managed to sign collective agreements that limit activity to necessary goods, guarantees safety measures and equipment to necessary workers, while guaranteeing wages close to 100% for days of leave by supplementing the amounts paid by the social security, and rotation of all workers.

We oppose restrictions to workers’ right to strike and the prohibition by decree of workers’ assemblies: if they can – and are obliged to – work in factories and warehouses, workers should as well have the right to organise and defend their conditions and health through assemblies and, if needed, strikes – while respecting distances and wearing masks as when they are at work.

As the pandemic (which according to some scientists is the result of capitalist interference with nature) is spreading to all continents and countries of the world, the working class is facing the same problems worldwide.

All countries are falling in a deep recession, which is depriving tens of millions of workers of their jobs and livelihood.

This will give the bosses more power in exploitation unless workers and the unemployed unite and struggle as a single class.

In Italy – where on May 17 the freeze on mass layoffs will expire – SI Cobas is fostering the formation of a working-class anti-capitalist front, demanding that, besides thorough protection measures against contagion for workers and the whole population, and against unemployment, with full costs of the economic crisis to be borne by the capitalist class, with a 10 percent wealth tax on the 10 percent richest people, who have accumulated huge wealth through exploitation (see Final Motion of the 2 April Assembly).

We address all working class, anti-capitalist activists in all continents and countries with a proposal for a call for an international action on or around May Day, with shared platform and slogans worldwide.

We cannot organise mass demonstrations as in our tradition, because this would contribute to the spread of the virus.

But we can strike, and anyway issue a call for an international day of struggle on shared objectives.

There is not much time left to organise.

If you agree that we should not resign ourselves to let May Day 2020 go without standing up as one class worldwide, let’s talk and possibly organise teleconferences to discuss the initiatives we can take, so that the voice of working class internationalism can be heard and followed by workers internationally.