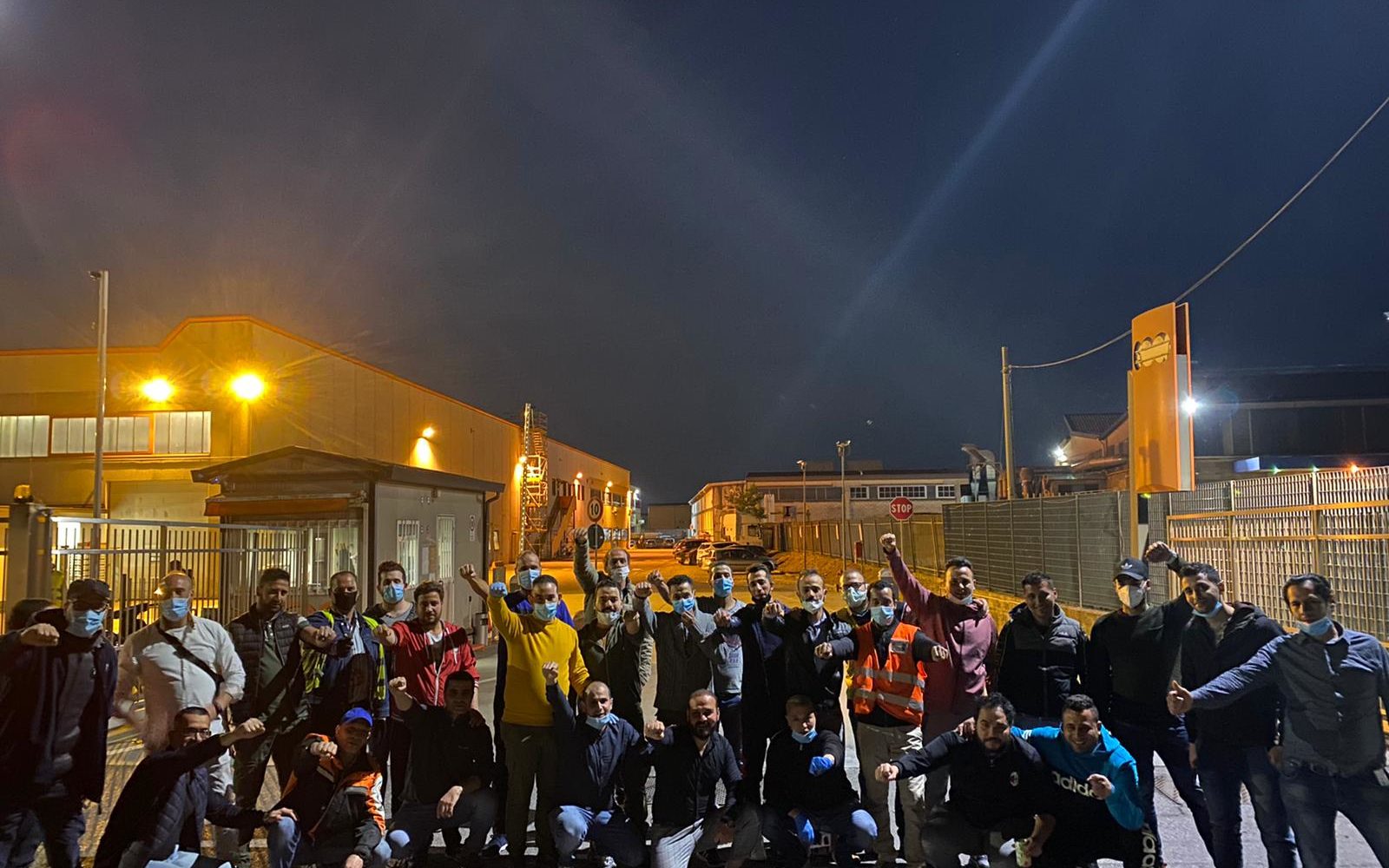 CALL FOR A NATIONAL ASSEMBLY OF COMBATIVE WORKERS

The impact of the ongoing emergency is epoch-making, with a general recession hitting millions of workers, precarious workers and the unemployed across the world. This recession is not only a simple reflection of Covid-19, but it shows a longer-term structural crisis. In Italy, tens of thousands of deaths (particularly in Bergamo and Lombardy) have shown the collapse of the health system and the exploitation of its staff. In line with Confindustria ‘ s demands, thousands of companies, factories and warehouses have been left open – even the ones whose workers’ labour was not essential. Millions of workers thus have gone to work in unsafe conditions and unprotected.

Recently, Conte’s government has adopted measures that once again safeguarded profits. Redundancy fund and social security cushions have produced a dramatic reduction in the living standards of male and female workers. The layoffs freeze is temporary and, above all, partial: hundreds of thousands of precarious workers have already lost their job. Interventions targeted against combative workers have multiplied, and the “August-Decree” has enabled employers to dismiss workers when contractual relationships with outsourced companies change. The next European interventions (i.e. the recovery plan, ESM) will have the same class implications.

Employers see the emergency as an opportunity to socialize losses, accelerating restructuring and increasing exploitation. They are attacking workers by avoiding renewing national contracts and claiming respect for a work-deal signed by corporate and federal bureaucrats, blocking every wage increase except (perhaps) some crumbs of corporate welfare.

Workers can therefore easily expect redundancies, wage cuts, an increase in work rhythms and loads, and the further reduction of protections: these measures will have even more ferocious effects in the south of Italy. As always, women are the most affected either at work (they have lower wages than men), when they lose jobs (they are the first to see the workload reduced or to be fired) or through social reproduction (i.e. the closure of schools and kindergartens is having devasting effects on them).

By leveraging Security-Decrees that have made trade unions and social struggles equal to problems of public order, employers and governments also use the emergency to impose new repressive measures. Squares and gates have been militarized (even with private security, see the struggle at TNT), while the Right (and not only) spreads the poison of racism and ethnic hatred, fueling divisions and wars among exploited brothers and sisters to hide the true causes of the crisis and those responsible for it.

We need a united response to generalize the conflict

Today as never before, we need an initiative that is up to the current phase and the class enemy. An initiative capable of addressing the grievances of shop stewards, male and female workers who went on strike in March in factories, logistics warehouses and large-scale distribution; those today hit by industrial crises and increasing employers’ pressure; the many subjectivities that are organizing or self-organizing: workers in entertainment, healthcare and schools; PhD students and precarious university workers; precarious workers hired trough contractors and non-profit organizations, tourism, communications, etc.

We need a radical change of the initiatives set in place to conduct conflictual and class syndicalism. There is no need for the establishment “by decree” of new political acronyms, nor the re-proposal of mere intergroup relations, but the construction of struggle paths that goes beyond acronym and category-belonging. The meeting we had in Bologna the 12 July showed the desire to start a new and truly inclusive process, capable of bringing together a multiplicity of struggles – trade unions, the unemployed, housing movements and rental strikes, immigrants’ equal rights movements (today the main target of the reactionary offensive of far-right and xenophobic political parties) and all the local solidarity networks – into a united front of all the exploited.

Over the next few months, two main issues will be disputed: the defense (and the revival) of direct salary, deferred compensations (pensions and severance pay) and indirect ones (first of all, schools and public health services); the defense of health and safety at the workplace, study and social spaces. Today more than ever, in order to struggle against politics of exploitation, layoffs and social butchery, it is necessary to resume the histories and slogans of the workers’ movement: property and wealth taxes, no to state debt; drastic reduction (and redistribution) of working hours for equal wages; defense and improvement of wage levels; guaranteed wages for the unemployed and stabilization of precarious workers; health and safety protection; an end to the innumerable precarious starvation contracts; defense, relaunch and effective application of the CCNL; defense and revitalization of a public, universal and free school and health care; full trade union accessibility at the workplace; no to Security Decrees and the repression of strikes and struggles; the immediate abolition of all forms of discrimination and full citizenship rights for immigrant workers; support for social housing and end to all the evictions of housing squats.

These are claims that can only be put in practice if the class movement can regain its autonomy from the poison of sovereignty and embraces an international and internationalist perspective. Proletarians and capitalists are not and never will be on the same boat: either the proletarians will make employers pay for the crisis by fighting, hitting profits and rents, or it will be the employers who make us pay the costs of their crisis with interests.

We want to open a confrontation to connect and restart ongoing struggles, to support future ones and unite them in a general movement. We call therefore a national assembly of combative workers in Bologna, Sunday 27 September, 9.30 am, Dumbo room, 72 Casarini road.

Here you find the original call in the Italian version: click.